Home News The votes are in…

What does the election result mean for small businesses?

The months of build up, bickering and pointless polling are over, the votes have been counted… and the Conservatives are in. Following an election that surprised many and saw massive shifts in the UK’s political landscape, the Conservatives now have five years to deliver on the promises they made during their campaign. 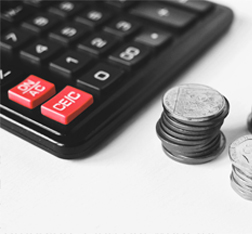 Regardless of where you chose to place your tick on the 8th May, as a small business owner you no doubt studied each party’s manifesto in an effort to gauge the future impact on the growth and profitability of your business.

During their previous term in government, the Conservatives often talked up the importance of small businesses to the UK economy and their manifesto pledged to continue supporting small business growth and success. The appointment of Anna Soubry in a brand new cabinet role as minister for small business, is a first step towards cementing this commitment.

Of course, election promises aren’t always fulfilled, and it’s important to understand the market as it is now, whilst keeping up to date with policy, to ensure you benefit from any changes when they are introduced in the future. If you have any questions regarding current policy, or any other business matter, please contact your local RfM office.

Here we present some of the key changes that the new Conservative government could introduce.

The government’s hands are tied on tax. In April, they pledged not to raise income tax, VAT, or National Insurance. As these account for 75% of the Exchequer’s total tax take, the government will find it difficult to raise further revenue through tax increases.

In his March Budget, Chancellor George Osborne pledged a ’radical’ review of the business rates system. The terms of this are as yet unknown and, whilst the announcement was welcomed by business leaders, there have been calls for urgent action to make the system fairer for small retailers.

Many small business owners are hoping that this election result will mark a turning point in two key barriers to growth: the struggle to access funding and finding the right people with the right skills.

Small businesses need good access to finance and funding to improve their cashflow and fuel economic growth. In the current market, most small businesses will still only approach traditional lenders – even though the process can be lengthy and around 50% of applications are unsuccessful. The e-lending market is growing but awareness of alternative sources of finance is still low.

The Conservative manifesto appears to continue this support for small businesses with pledges to build on current initiatives like the British Business Bank. The Bank recently announced plans to expand the SBEE bill in 2016 with a programme to facilitate the referral process for traditional lenders, to signpost rejected applicants to alternative funding options.

The fastest-growing companies across the UK are in the digital and technology sector as well as in construction, manufacturing and engineering. These sectors require workers with STEM (science, technology, engineering and maths) subject knowledge, but this is an area where the skills shortage is most evident.

We are now living and working in the digital age, business is fast-moving and technology ever-evolving. In order to keep up, never mind lead the way and prosper, businesses and the people they want to attract, need to be up to date with the latest technologies and tools.

The Conservative manifesto promises three million new apprenticeships by 2020 and to take steps to nurture entrepreneurial and digital skills in schools. In time, these changes will increase the pool of talent available to small businesses but until this new generation of skilled workers is ready, businesses need to ensure they have a business plan that identifies where their skills are lacking.

There is speculation that some of the Conservatives’ most controversial policies could now see the light of day. The 2012 Beecroft Report set out a number of proposals including the ‘no fault dismissal’ rule, which would give employers the right to fire at will and without explanation. Reinstatement of the default retirement age, scrapped in 2011, was also proposed.

On the thorny issue of the UK’s membership of the EU, the Prime Minister has pledged an in-out referendum; a promise met with dismay by many business leaders. Although we will hear much more from the either side in the run up to the vote, a recent German study has suggested that a so-called ‘Brexit’ could cost the UK 14 per cent of its GDP by 2030.

In their manifesto, the Conservatives pledged to wield their metaphorical scissors and cut through £10 billion of so-called ‘red tape’ legislation that is seen to slow down the process of doing business. However, there is widespread concern that such a drastic cull of legislation could also see some ‘good’ law abandoned, in particular that which is designed to protect workers.

If you would like to speak to one of our business advisors about tax, funding or any other accounting or business matter, please call your local office or enquire online.