In July, we welcomed Lee Tomlinson to his new role as Client Manager at RfM Preston. It didn’t take long for Lee to settle in;  in fact it’s almost as if he’s worked there before… 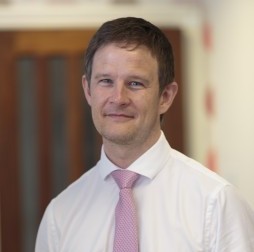 Clients who have been with RfM Preston since the days when it was known as Demacks may well remember Lee from when he worked as part of the Audit team. That was just one stage of a 20-year career journey that has seen Lee gather qualifications and invaluable experience along the way.

Lee’s accounting adventure began in 1995 when, as a fresh-faced school leaver, he was employed as an Accounts Assistant at Shaws Chartered Accountants in Blackburn. Here he began studying for the AAT qualification at college on ‘day release’. Two years later it was time to move on – albeit not very far – to a larger practice a few doors up. Whilst at Freeman Rich, Lee completed the AAT and began to work towards the ACCA qualification.

In 2000, Lee joined the Audit team at Demacks Chartered Accountants in Leyland (now RfM Preston). He progressed from Audit Semi-Senior to Audit Senior, successfully became a member of the ACCA and gained wider tax experience before deciding the time had come to begin a new chapter away from practice.

From 2006 to 2014 Lee bolstered his commercial experience in a number of industry roles including Group Accountant at JWT Waste Services and Finance Director at Heatex Group, based in Stoke-on-Trent.

So why has Lee’s journey brought him back to RfM? “RfM is really customer focused and the level of client service is exceptional,” explains Lee. “The team consider the wider implications of even the most simple business decisions.

“I’m looking forward to strengthening the team with the commercial knowledge I’ve gained within a broad range of business environments.”

Lee is also keen to pass on his knowledge to the next generation of finance professionals: “I’m very much an advocate of the vocational work-based route as opposed to the traditional academic route. It’s the route I took and I firmly believe that it allows skills to be developed in the real-world!”