By its very name, the new ‘flat-rate’ State Pension scheme suggests a straightforward, fair system where everyone will get the same amount; so will they? 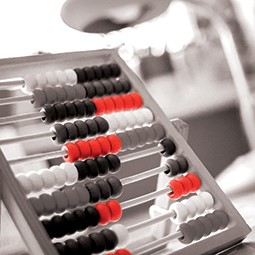 The simple answer is no.

Which leads us to the more complicated answer: the amount you will get will depend upon a number of factors.

• how many years you may have been paying lower NI contributions because you have been in a salary-related workplace pension scheme or you received NI rebates which went into a personal pension plan. Either of these scenarios had the effect of ‘contracting out’ a person from full entitlements under the State Pension scheme.

The new State Pension scheme applies to everyone who reaches State Pension age on or after 6 April 2016. The full State Pension will be at least £151.25 but the actual amount will be set this autumn. People who have no contribution record under the current system will have to obtain 35 qualifying years of NI credits on their record to give them the flat-rate amount.

However, for individuals who have already built up a NI record (which is nearly everyone reading this article) there are transitional provisions which take into account the NI record accrued up to 5 April 2016. This is a reasonable complication to have in moving to the new system. Without them, people who have accrued a substantial entitlement under the current system of basic and additional State Pension would be treated very differently depending on whether they reach State Pension age on 5 April 2016 (and thus receive a pension under the current system) or on 6 April 2016 (when the new system applies).

Under the transitional provisions, your NI record before 6 April 2016 is used to calculate your ‘starting amount’ for the new system at 6 April 2016.

Your starting amount will be the higher of either:

• the amount you would get if the new State Pension had been in place at the start of your working life.

Joe will reach his State Pension age in October 2020 (the State Pension age will have risen from 65 to 66 by then). He has been self-employed except for the early part of his working life and he has no entitlement to additional State Pension. He has 32 qualifying years on his NI record.

His starting amount on 6 April 2016 (based on current figures) will be:

• under the existing rules – 30 years’ NI record would give a full entitlement to the basic State Pension of £115.95 a week

Maureen will reach her State Pension age in October 2020. On 6 April 2016, Maureen has 35 qualifying years on her NI contribution record. During her working life, Maureen has had short periods when she was contracted out of the additional State Pension.

• under the existing rules – her 35 years’ NI record would give her a basic State Pension of £115.95 a week plus £86 additional State Pension but a deduction for her contracted out period of £32 (this will be computed by the Department of Work and Pensions). This totals £169.95

Maureen’s starting amount will be the higher of these two amounts, which is £169.95 a week. As her starting amount is more than the full rate of the State Pension, she cannot accrue additional pension rights under the new system.

Get a state pension forecast

In some cases, you can get a Flat-rate Pension forecast online but you may need to request a forecast by post. Go to www.gov.uk/state-pension-statement to find out.