We hope you won’t be too disappointed but you won’t be receiving a Christmas card in the post from us this year. Instead we’ll be giving the money we would have spent on printing and posting to helping a good cause. As a matter of fact, this year we found lots of ways to make a difference, from collecting stamps to collecting Christmas presents… 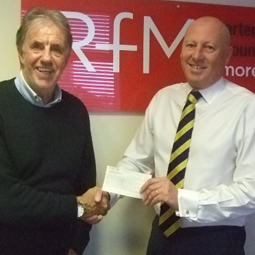 Charity begins at the first tee

Guests also enjoyed a gala dinner and bid generously in the charity auction to raise £2,000 for St. Mary’s Hospice.

Not to be out-swung by their Cumbrian colleagues, a team representing RfM Preston took to the fairways of Leyland Golf Club in September to raise money for the Baby Beat Appeal at Royal Preston Hospital. The 3rd Mark Lawrenson Charity Golf Day attracted 20 teams of keen amateur golfers from across the region. The RfM team did our golfing reputation no harm by coming third with a score of 85, just two points less than the overall winners.

The golf was followed by a swish gala dinner and charity auction and, thanks in no small part to the prize of a week in Antigua donated by RfM’s Paul Newsham, the day raised over £5,000.

A casual approach to fundraising

Every Friday, staff at the RfM Preston office swap tailoring for t-shirts and enjoy a Dress Down Day. A small fee is paid and the proceeds are given to a chosen charity. In September, Paul Newsham proudly presented a cheque for £500 to Amy Hilton from Rosemere Cancer Foundation on behalf of the team.

In December, Paul was pleased to be able to pass on another cheque or £500 – this time for the Baby Beat Appeal. BBC pundit Mark Lawrenson, patron of the Appeal visited RfM Preston to receive the donation.

Former professional Liverpool and PNE star Lawro who is the Patron of the charity said, “I know Paul personally and was delighted that RfM Preston had chosen our cause. The funds will enable us to provide ground breaking technology at the Unit and ensure babies born within our community have the very best chance in life”. 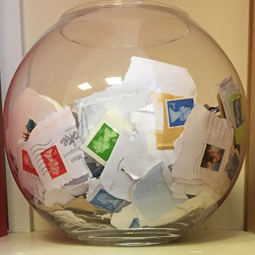 “We are delighted to be able to support such a worthy cause. My second child was born early with complications so I am well aware how important a charity like Baby Beat is. This isn’t a one-off donation and we intend to continue our support,” said Paul.

Throughout the year, we also support Canine Partners by collecting and donating our used stamps. Canine Partners trains dogs to carry out essential everyday tasks for their disabled owners, giving them greater independence and a better quality of life. Each dog is trained specifically to match the needs of the person and tasks might include opening and shutting doors, unloading the washing machine, picking up dropped items, pressing buttons and switches and getting help in an emergency.

Find out more about the appeal here (link to http://www.caninepartners.org.uk/stampappeal)

And, because it’s Christmas…

We’re also earning our elf stripes by supporting RockFM’s Mission Christmas Appeal 2015. RfM Preston is an official drop-off point for gifts and donations. Find out more about the appeal here or simply call in with your gift by 14th December and we’ll make sure it gets to a deserving child in Lancashire.