Home News We are one

RfM celebrates a year of change, growth and success

This time last year, on a cold February Monday just like today, we proudly unveiled the smart new signs outside our offices and began to answer our telephones for the very first time as RfM Accountants. It’s hard for us to believe that a year as passed already, yet it feels as if we’ve always been RfM. 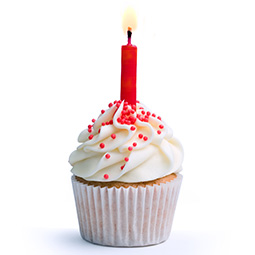 Here we take a look back at what we have achieved in our first year.

Exactly 12 months after launching RfM Accountants + more in the North West, the group already has six branches, more than 50 staff and a turnover of £2.5m. Talks are underway to add a London office and the company is looking for a presence in the Midlands and the South West, as well as bringing more independent firms under the RfM umbrella closer to home.

“It’s been a challenging first year, but an exciting one as well,” said group consultant Paul Newsham, whose own Leyland-based firm broke free from the huge Haines Watts Group last January to launch the new brand.

“It has also exceeded our expectations, because we didn’t envisage expanding into so many offices so quickly and taking on so many staff.

“We thought we might need a period of consolidation. With any new venture you just never know.

“But opportunities came along and fortunately we were able to grasp them. It has grown faster than we ever expected.

“So, as first years go, I’ve got to say it’s worked out very well.”

Paul had been with Haines Watts for 10 years prior to the breakaway 12 months ago. His company teamed up with another former Haines Watts firm, the long-established RF Miller and Co in Barrow and Ulverston, Cumbria and RfM was born on 1 February 2015.

“Being part of a massive company like we were has its obvious benefits, but it can also be very limiting,” explained Paul. “We had ideas for a different kind of business model.
“We are called RfM Accountants +more because we are keen to offer more to our clients. We aren’t just accountants, we have a vast network of contacts which we use to try and solve any problems our clients might have.

“It might be that they are struggling to raise finance and so we could put them in touch with people who could provide that. But it doesn’t have to be financial. We like to think that if we can’t help in any way, then we know someone who can.

“It’s an approach which clients say they haven’t come across before and they like it.”

Over the past year RfM Preston, based in Leyland, RfM Barrow and RfM Ulverston have added RfM Fylde, RfM Lancaster and RfM Morecambe. Even though the company is now just a year old, between consultant Paul and five partners – Gillian Isibor, Elaine Harris, Peter Armer, Rachel Brownsmith and Alan Meikle – the group can boast well over 100 years of experience in various specialities to pass on to clients.

“Going into our second year we are looking to progress even more by spreading our wings and moving into other areas both outside and inside the North West,” said Paul.
“We are looking for individuals with similar size practices to the ones we have got to join us – but, more importantly, like-minded individuals who want to deliver the depth of service and range of skills that we provide for our clients.

“When I left Haines Watts on 31 January last year I knew we would be facing a number of challenges getting this off the ground. It takes time to change things.

“But we have overcome those challenges and we are looking forward to an even bigger and better 2016.”