When the Chancellor announced the introduction of new rates of Stamp Duty Land Tax (SDLT) for buy to let properties or second homes in his Autumn Statement 2015 few perhaps realised how much more complicated property transactions could well become. 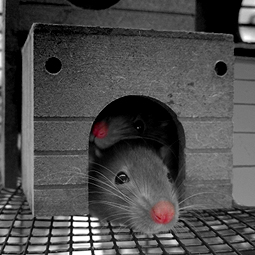 At the end of December the government launched a consultation paper revealing the proposed details of the regime. The impact of the additional taxes is potentially wide ranging. If a purchaser falls within the regimes, the SDLT and Land and Buildings Transaction Tax (LBTT) additional charges are 3% on the full price. As a result, the charge on a property costing £200,000 increases by £6,000.

It is proposed that the additional charges will potentially apply if, at the end of the day of the purchase transaction, the individual owns two or more residential properties. Married couples are to be treated as one unit and there will be an exemption if the purchaser has sold their main residence and purchased a property which is to be their new main residence. But there will be some purchasers who will have to pay the additional charge even when the property purchased will not be a buy to let or a second home.

Mr and Mrs B own one main residence. Mrs B decides to help her daughter buy her first house nd makes a joint purchase of the property with her daughter. The higher rates will apply to the total price paid.

The measures are expected to come into effect for completions on or after 1 April 2016 so make sure you consider the proposals before entering into purchase contracts.

SDLT does not cover property transactions in Scotland, however, the Scottish government has introduced a bill in the Scottish Parliament at the end of January 2016 which proposes similar changes to the LBTT.