In what proved to be a controversial Budget 2016, it was the changes to personal taxes that particularly caught our eye. Here we look at how they might affect you. 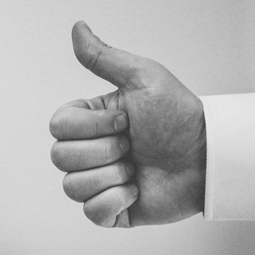 We would have liked to have seen more measures in the Budget to help companies with their tax but, on the other hand, any benefits could be cancelled out if shareholder-directors were then hit with large tax bills on profits they take from their companies. So, we were pleased to see that the new personal tax breaks will also be good news for those in business.

You can earn more before paying tax
Basic rate taxpayers can now earn up to £11,000 a year without paying any tax on their income and the personal allowance will rise again to £11,500 on 6 April 2017. Over the two years, the changes add up to a tidy increase that’s more than twice the rate of inflation.

Benefits for higher earners
Higher and additional rate taxpayers will also benefit from changes to the tax rate bands in April 2017. They will be able to earn £1,500 more (now £33,500) before being charged at the higher rate of tax. So for 2017/18 tax at a rate of 20% (or less if the income is from savings or dividends) will be payable on the first £45,000 they earn from employment or by extracting income from their company.

The first of these new allowances can be claimed against income from micro-businesses. It will apply, for example, to profits made from ad hoc transactions such as selling items on eBay with a view to making a profit. It can also be applied as a deduction from business profits rather than actual costs.

The second appears to be similar, but in respect of income from property rental.

CGT surprise
What was most surprising about the Chancellor’s announcements in respect of Capital Gains Tax was not the cut in rates from 28% to 20% (18% to 10% where basic rate income tax applies) but that the changes would apply almost straight away from 6 April 2016.

If you would like to discuss these or any other Tax matter, please contact your RfM advisor or enquire online.