When it came to choosing accounting in Ulverston or teaching in South America, we were surprised but very pleased when Dan Newton decided that the role of Accounts and Audit Manager at RfM Ulverston would be his next adventure. 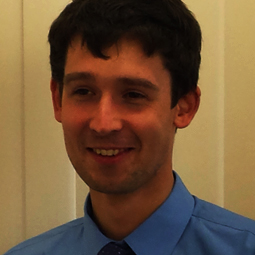 Having always had a head for numbers, Dan’s first job after graduating from Lancaster University in 2008 was at Lancaster accountancy practice JA Fell & Company. Six years later, he was ACA qualified and had gained a broad experience in everything from management accounts to personal tax, whilst also dealing with the firm’s practice management.

But Dan’s ambition to see more of the world was always there and his wanderlust eventually led him take a short career break to travel. His adventures led him to spend over 12 months in Spain and South America where he inevitably picked up some of the lingo. So, if any clients feel more comfortable conducting their accountancy affairs in Spanish, we can now be of assistance!

If you’re thinking it was all drinks by the beach while Dan was off exploring, you might be surprised to learn that he was instead trying his hand at teaching English as a foreign language, and also passing the B2 Spanish Exam. After a few classes with some particularly challenging young students, however, would-be teacher Dan concluded that he was more suited to working with numbers than children.

Outside of work, Dan is a keen guitarist, and plays in a local group. He likes nothing better than a good game of badminton or to escape to the Lakes on his bike – whenever there’s a break in the rain.

We wish Dan every success with his career at RfM – or should that be ‘Nos gustaría desear a Dan mucho éxito en su nueva carrera con RfM’.