Over the past year and a half RfM has grown to a network of seven accountancy practices across the North West. A new joint venture sees the RfM brand spending its wings beyond the region to make its mark in the City of London. 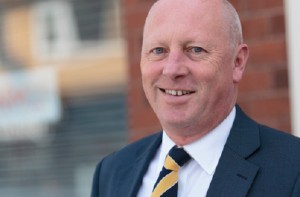 RfM has launched a joint venture in the capital with the co-founder of a major UK and international tax consultancy. Duncan Webster, whose company Taxxa acts for individual and corporate clients around the world, has teamed up with the RfM group to provide it with access to some of the top professionals in the City.

“This gives us a fantastic foothold in London, something we have been looking for since we launched the RfM brand,” said RfM group consultant Paul Newsham.

“This joint venture means we can tap into the vast amount of expertise in the City, in fact globally.”

Access to the best tax, legal and funding specialists in the business

Taxxa was formed in the City of London in 2012 to serve the needs of a portfolio of internationally mobile private clients in a rapidly developing tax environment. Since then it has expanded and developed its services into all areas of the UK and international taxation, acting for private individuals, corporates, partnerships, trusts and other entities in the UK and globally.

“We are delighted because it is something special to offer our clients – access to some of the best in the business,” said Paul.

“And that’s not just in terms of taxation advice, it includes other areas like legal work and also access to funding which maybe isn’t available up here.”

The joint venture means that RfM clients will be able to tap into a skills oasis in the City. In turn, the group can offer accountancy work for Taxxa customers from its bases here in Lancashire and Cumbria. Taxxa’s clients will get at least the same level of accounting expertise as in the City but at “Northern prices”.

“We’ve been working on this for a while,” said Paul. “Duncan is someone I met in London whose firm have been providing us with some work, mainly audits, because rates up here are more reasonable than down in the City.

“I suggested a joint venture so that we could offer our clients up here access to professionals in London and, at the same time, he could offer clients down there accountancy services at favourable rates up here.

RfM launched in January 2015 with just three offices in Preston, Ulverston and Barrow. Four more offices have since opened in Lancaster, Morecambe, South Lakes and on the Fylde.

London will be the group’s first presence outside the region but RfM has plans to expand into other parts of the UK.

“We have been looking to broaden our network for some time now and this seems a perfect fit. Duncan is a founding partner of Taxxa and is one of the best in the business working with some top clients in the UK and internationally.

“The arrangement will hopefully open doors for us nationally and internationally. In the North West there maybe isn’t the same scope as there is in London.”

If you would like to know more about our London venture, please enquire online or call Paul Newsham on 07770 818668.