A report by the National Audit Office (NAO) has revealed that poor HMRC service may mean some taxpayers have paid the wrong amount of tax. 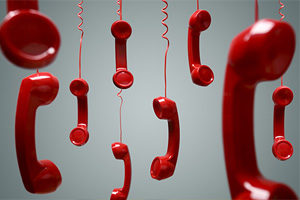 In 2010, HMRC set out a plan to reduce costs with the key focus being to reduce the annual running costs of personal tax operations by £193m.

As part of its charter, HMRC pledges to provide taxpayers with a helpful, efficient and effective service with an obligation to provide an acceptable standard of service.

The NAO looked at whether HMRC was able to maintain this level of service whilst implementing their cost-cutting changes.

The report found that up to 2013/14 HMRC succeeded in reducing costs by £111m but also maintained or improved their customer service performance.

From 2011/12, HMRC began introducing new digital services. It was expected that this would reduce the demand from taxpayers to contact an advisor so personal tax staff were cut by a quarter in 2014/15.

But the fall in demand did not happen and HMRC did not have contingency plans to deal with the high levels of customer service requests.

To try and improve the service on the tax helpline, back-office staff were moved to call centres. These staff had previously been responsible for maintaining PAYE tax records and investigating outstanding discrepancies. As a result of removing staff from dealing with these reviews, the cases of outstanding discrepancies nearly doubled from 2.4m in March 2014 to 4.6m in March 2015.

The NAO report highlighted that 3.2m of these cases were high priority and therefore there was a risk that these taxpayers would have paid the wrong amount of tax.

Ultimately, to solve the ongoing service issues, HMRC recruited 2,400 additional staff in the autumn of 2015.

HMRC are introducing more digital services over the next few years but the NAO report asserts that HMRC have learned from their past experiences.

If we do not currently manage your personal tax affairs and you have had problems dealing with HMRC, or believe that your tax may have been calculated incorrectly, please contact one of our offices or enquire online.