We recently welcomed sharp-eyed auditor Anita McGoay to the team at RfM Preston. Anita is looking forward to bringing a fresh approach and the very latest ‘smart’ audit thinking to the group. 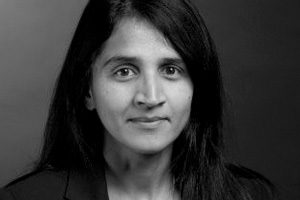 Audit Manager Anita is a stickler for detail

Anita began her career in audit in 1998 when she joined PwC in London. Four years later Anita was a qualified Chartered Accountant and had gained the vital experience she needed to pursue a path as an auditor.

For the next 11 years, whilst working for Grant Thornton, Anita specialised in public sector audits for organisations such as NHS Trusts, schools, universities and Local Authorities.

Not surprisingly, through her scrutiny of these large organisations, Anita became somewhat of an expert on the ins and outs of public sector financial management. In addition to her audit work, she has also been able to put her insights to good use advising trusts, charities and other governing bodies on how they can operate  more effectively.

A change in family circumstances led Anita to take a short break from industry in late 2012. But, after a short spell in the education sector, she returned to commercial audit, firstly at James Todd & Co. and then at KPMG, before coming to RfM.

We were interested to hear what it was about auditing that had kept Anita so passionate about her specialism.

“I do think certain character traits make someone a good auditor,” says Anita. “I am a stickler for detail and a very analytical person –  I like to understand exactly how things work. In fact, I actually studied Chemical Engineering before I became an accountant!

“However, there are times when intuition rather than pure logic will come into play,” she explains.

“We call it the ‘auditor’s hunch’. Sometimes the process stuff, the facts as they appear on paper, don’t give you the full picture. That’s when the hunch comes in and you know there’s more to be uncovered.”

Anita has been an auditor for some of the largest and most forward-thinking accountancy firms in the UK and she is keen to bring some of their best practices to RfM.

“I’m really excited to be able to introduce some of the ‘smart’ audit practices I have been trained in. These lead you to the same outcomes but make the process much more efficient – and much quicker. I’m also a big fan of e-auditing, which is a completely paperless process. I think this would be great for many of RfM’s clients.”

Not every company is legally obliged to have an audit but Anita is finding that smaller organisations are now choosing to have one.

“Clients find it reassuring to have another pair of eyes check that everything is in order. An audit can also provide extra peace of mind if, for example, you’re applying for funding, selling a business or perhaps going into partnership.”

Anita’s son is a student of Chethams’ Music School in Manchester and the other members of the family are also talented musicians. Is this another trait of a good auditor?

“Not at all. They definitely don’t get it from me. I enjoy skiing and I like to run; I’ve run several half marathons. And I have recently been learning about ‘mindfulness’… but I can’t hold a note I’m afraid!”

To arrange an audit or discuss how it could be of benefit to your business, please contact Anita McGoay on 01772 431233 or email amcgoay@rfm-more.co.uk