In recent years, many companies have been preparing and filing ‘small company accounts’ under the Financial Reporting Standard for Small Entities (FRSSE). But now FRSSE has been withdrawn and small companies, or ‘micro-entities’, have a decision to make. 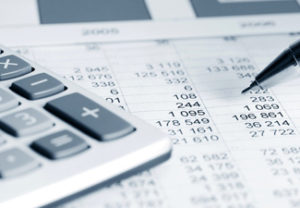 For financial years beginning on or after 1 January 2016, small companies which qualify as ‘micro-entities’ must make a choice:

At a glance, FRS 102 introduces some significant accounting challenges including more widespread use of ‘fair value’ accounting. Whilst this could make FRS 105 seem more appealing, it may not be the best choice for the company.

Is your business a micro-entity?

To be classed as a micro-entity a company must meet two of the three size limits for two consecutive years. The limits are: turnover of £632,000; total assets of £316,000, and 10 or fewer employees (average over the year).

Certain financial services firms – such as credit institutions and insurers, and also charities – are excluded from qualifying. There are also special rules if the company is part of a group.

For accounting purposes, FRS 105 is simpler than FRS 102. Of the numerous differences between the two standards, the three most significant are likely to be:

This is not permitted under FRS 105. FRS 102 allows (and sometimes requires) some assets to be assessed at fair value annually.

Not having to obtain regular fair values could be more convenient and less costly for the business. However, if the company is currently re-valuing properties, and has significant loans and debts against these properties, using FRS 105 would require them to re-value them at ‘depreciated cost’. This could reduce the value of the balance sheet significantly.

Fewer intangible assets are recognised under FRS105. As an example, if the company acquires a business, the purchase price is divided between tangible assets and liabilities, and goodwill. The company would not need to identify separate individual intangible assets, such as customer lists and brand names. Internally-generated intangibles like development costs can also therefore not be treated as assets. Instead, costs such as these must be expensed through profits as incurred.

Micro-entity accounts mean that that less financial detail is available about the company is to Companies House and in the public domain. This could be considered an advantage by Directors but we are waiting to see if this lack of information has a negative effect on company credit-ratings. In addition, company shareholders will also be less well informed by their members’ accounts.

Company accounts can, of course, include more information than the statutory minimum. To ensure that directors have enough financial detail to make informed decisions in running the business, we can provide extra analysis of the company’s position.

We want to ensure that directors are prepared and informed about the accounting choices for the company. To discuss Financial Reporting Standards for your business, please contact one of our offices or enquire online.