Anti-avoidance rules have been in place for many years to try to prevent the serial winding up of companies and abuse of the capital gains rules. To strengthen these rules the government has introduced a new Targeted Anti-Avoidance Rule or TAAR. 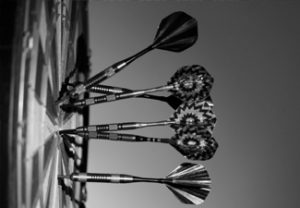 HMRC have serial company wind-ups in their sights

In many cases, when an owner-manager winds up a company the proceeds they receive will be treated as a capital gain. If the relevant conditions are met, the gain will qualify for Entrepreneurs’ Relief at a rate of 10% tax.

The anti-avoidance rules already in place effectively override the capital gains. The proceeds of the winding up are treated as a dividend, and are subject to income tax of up to 38.1%.

The new Targeted Anti-Avoidance Rule (TAAR) will apply to certain company distributions in respect of share capital when a company is wound up. Under the TAAR, the distributions from a winding-up are treated as if it were a dividend and therefore subject to income tax. The TAAR applies for distributions made on or after 6 April 2016, where certain conditions are met.

Winding up to avoid income tax

Where a company is controlled by five or fewer shareholders, the new rules potentially apply to those shareholders if:

You can avoid point one being a problem by simply not getting involved in a similar sort of business for at least two years.

Whether or not point two becomes an issue will be down to the subjective opinion of HMRC.

HMRC have provided these examples to illustrate how the rules may work in practice.

How the anti-avoidance rules work

Mr A has been the sole shareholder of a landscape gardening company for ten years. Mr A decides to retire and wind up the business. He liquidates the company and receives a distribution in a winding up. Mr A continues to do a small amount of gardening in his local village to subsidise his pension.

Gardening is, of course, a similar trade or activity to landscape gardening. However, looking at this case as a whole, the arrangements do not appear to have tax as a main purpose.

As Mr A’s company was no longer needed as he had ceased trading, it makes sense that he wound up his company. Whilst he continues to do some gardening, he would not need a company to be able to do this. In conclusion, it does not appear that he set the company up, wound it up and then continued a trade with a view to receiving the profits as capital rather than income.

Mrs B is an IT contractor. Each time she receives a new contract, she sets up a limited company to carry out that contract. When she has completed the work and the client has paid, Mrs B winds up the company and receives the profits as capital.

Mrs B’s new company carries on the same or a similar trade to the company she previously wound up. It looks as though her reasons for doing so are to gain a tax advantage.

All of Mrs B’s contracts could have been operated through the same company. Indeed, were it not for the tax savings, that would appear to have been the most sensible option. In conclusion, any distribution after 5 April 2016 will be treated as a dividend and Mrs B will be liable for the income tax.

Thinking of winding up your business?

These new anti-avoidance rules could lead to an extra tax bill of 28.1% on £10 million, so it’s important to wind up your business properly.

If you are thinking of retiring or setting up a new business venture which may involve winding up a company, please ask us for advice. Contact one of our offices or enquire online.