Entrepreneurs’ Relief (ER) can provide a valuable relief from tax on capital gains. But, as with everything in the world of tax, there are rules that must be followed to make sure you really do qualify for the lower rate of tax. 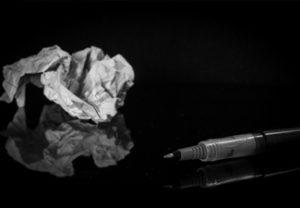 Check you follow the rules when applying for ER

Entrepreneurs’ Relief can provide a 10% rate of capital gains tax on lifetime gains of up to £10 million. So it’s certainly a tax relief worth having – providing you are eligible of course.

Parliament has levied criticism at HMRC for not checking the validity of enough claims for ER. In response, it appears HMRC are now checking claims more thoroughly.

The key area of focus for HMRC appears to be ER on share disposals.

To briefly explain, ER will apply to gains on disposals of shares in a trading company (or the holding company of a trading group) provided the individual making the disposal:

The above two conditions must be applicable throughout the year leading up to the disposal of the shares.

If you don’t meet the criteria for Entrepreneurs’ Relief

These two recent Tax Tribunal cases illustrate the risks if you do not meet the ER conditions.

The company concerned formed in 1995 and the taxpayer was one of the founding shareholders and directors. In 2009, the company agreed to purchase the majority of the taxpayer’s shares. So long as certain conditions are met, this transaction would be viewed the same as if the shareholder had sold the shares. As such it would be treated as a capital gain.

The company also agreed that the taxpayer would resign as a director and his employment be terminated.

At a general meeting in May 2009 the share buy-back was approved. Documentation, however, indicated that the employment had been terminated in February 2009. An HMRC enquiry concluded that, throughout the year prior to the disposal of his shareholding, the taxpayer was neither an officer or employee of the company. This finding was upheld by the Tribunal.

Two couples owned a company equally. The couple concerned in this case owned 33% of the shares with the remainder being held by the second couple. So at this stage they clearly met the 5% test. A problem arose when a £30,000 loan by the other shareholders was converted into 30,000 new shares.

The taxpayers persuaded the Tribunal that the new shares were not ‘ordinary share capital’ and therefore the couple were not caught by the 5% rule. The case is ongoing as HMRC have appealed to a higher court.

Thinking of disposing of your company shares?

If either of the problems highlighted by these cases are identified pre-sale, a further ‘clean’ 12-month period can be completed. But, in reality, this may be easier said than done.

If you are unsure of your current position or considering a share disposal in the near future, please get in touch so that we can check your eligibility for Entrepreneurs’ Relief.