Home News Venture Capital Trusts – over 20 years in the making

Introduced as a tax relief in 1995, Venture Capital Trusts (VCTs) invest in small companies. The rules and reliefs may have been tweaked, but 22 years on they are fundamentally the same. We look at the benefits of VCTs. 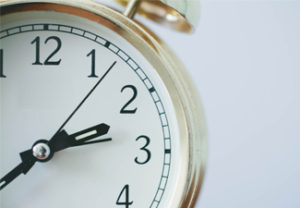 Venture Capital Trusts invest in small companies and there are certain limitations on the type of company a VCT can invest in. VCTs are also quoted on the stock exchange.

The specifics of VCTs, such as the reliefs available and rules for qualifying investments, have changed over the years but fundamentally the scheme remains the same.

HMRC has collected data over the last few years to show how many investors have used the scheme and the amount of investment claimed. The most recent data for the 2014/15 tax year reveals that investors claimed income tax relief of over £400 million. Each year since 2004/05, the largest group of investors invested under £10,000. Individuals investing between £150,000 and £200,000 made up a quarter of the total amount invested in 2014/15. The maximum investment that can be made each year with tax relief is £200,000.

The tax breaks available to Venture Capital Trusts are not to be sniffed at. An investor can reduce their tax liability by 30% of the amount invested provided that:

Any dividends the investor receives are also exempt from tax and capital gains on the eventual disposal of the shares are also tax free. Investors who acquire the shares second-hand, for instance on the stock market, can also benefit from these two tax breaks.

Increasingly, investors are turning to Venture Capital Trusts due to reductions in the amount that can be invested tax-efficiently in pension funds. A number of VCTs aim to pay a dividend equivalent to 5% of the initial investment. As such, the investments could be considered as a tax-free source of retirement income. VCTs are more likely to offer new shares to investors during the winter and spring months.

These investments are by nature relatively high risk and new legislation in 2015 imposes greater investment constraints on VCTs.

RfM has a network of trusted partner advisors who can help find the best tax-efficient investments for you. If you would like a referral, please contact one of our offices or enquire online.