If you recently bought or are buying a new car, you will have discovered that new rates of Vehicle Excise Duty (VED) apply for purchases of cars first registered on or after 1 April 2017. If not, you may be surprised by how significantly car tax rates have changed. 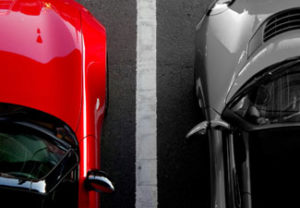 The big changes are to the charges that apply in the year you purchase the car. Under the old system (before 1 April 2017) the charges were based on CO2 emissions. They are still based on emissions but the charges are typically much higher than they were before. For example, the rate of VED on a car with CO2 emissions of 175 jumps from £220 to £800.

In year 2, however, the new system swings in favour of such a car owner as the charges are not based on CO2 emissions. If the car runs on petrol or diesel there is a fixed charge of £140. There is an additional rate of £310 if the list price of the car is more than £40,000.

In percentage terms, the buyers who are most affected are those who opt to buy a low emission car. For a petrol or diesel with 120 CO2 emissions, you would have paid only £30 a year previously. For new cars the charge is £160 in year one and £140 in subsequent years.

Take note: If you buy a second hand car, such as an ‘ex demo’ vehicle, you will pay charges applicable to the VED system that was in operation when the car was first registered. So such purchasers may be tied into the old VED rates. You can find details of the VED rates (new and old) here.