An interesting tax case this year resulted in a victory for the taxpayer and heralded some good news for individuals who have bought or are going to buy a property off-plan. 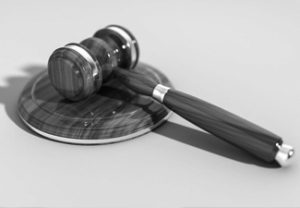 In recent years, buying a property before it has been built – known as buying ‘off-plan’ – has become much more common practice, in particular with purchases of apartments.

The rise in off-plan purchases has thrown up an interesting question: what is the period of ownership if the property can not immediately be used as a residence?

CGT or no CGT – a difference of opinion

Mr Higgins entered into a contract for the purchase of an apartment in October 2006. The credit crunch of 2007 led to construction being delayed until 2009 with the property finally being completed at the end of the same year.  On completion, Mr Higgins paid the balance due and moved in on 5 January 2010. Mr Higgins decided to sell the apartment for a healthy profit two years later.

In this case, HMRC’s interpretation of the law was that the property was not used as a residence throughout this period and therefore liable for capital gains tax of £61,000. The owner, Mr Higgins, believed no charge should be payable.

The case focused on two specific but important provisions in the legislation:

• S28 TCGA 1992  stipulates that a person is deemed to have acquired or disposed of an asset when a contract is made and not, if different, the time at which the asset is conveyed.

S28 TCGA can be a very useful provision in CGT planning, particularly when helping the taxpayer decide whether a disposal is made in one tax year rather than another. HMRC argued that it worked against the taxpayer in this case and that Mr Higgins’ period of ownership was from 2006 to 2011. By this logic, two sixths of the gain he made on selling the property was eligible for PPR.

The Tribunal agreed with Mr Higgins. They found that the ‘period of ownership’ is not defined in legislation and should be given its ordinary meaning. As such, the period of ownership of a residence will usually begin on the date the purchase has been physically and legally completed and the purchaser has the right to occupy.

For advice on Capital Gains Tax and Tax Planning, please get in touch. Contact one of our offices or enquire online.