We will soon start to see the effects of HMRC’s Making Tax Digital project on the PAYE system. Over the coming tax year, there will be an increase in the number of tax codes being issued. Hopefully, the changes will be good for employees… but only time will tell. 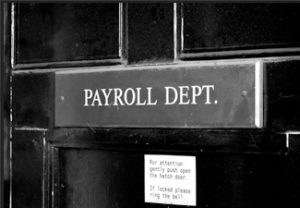 Pay As You Earn – widely known as PAYE – was introduced on 6 April 1944. The system allows for an employee’s tax liabilities to be spread over the tax year. It also allows for the amount of tax deducted to be adjusted in line with any variations in weekly or monthly employment income.

The tax code itself was the means by which tax allowances were spread over the year. In an era when most employees had only one job which they changed infrequently – if ever – the PAYE system worked well.

However, our employment habits have changed and the system has been under pressure for some time. Many employees now have more than one job, or are receiving a pension whilst still in work. Changes to income tax rules have also caused problems. Reductions in the tax-free allowance code, used to estimate taxation of benefits and non-employment income, result in many employees having paid the wrong amount of tax by the end of each tax year.

Of the 41 million individuals paying tax through PAYE, around eight million will have either over or underpaid tax at the end of the tax year. Two thirds of these will have overpaid with many of these employees being the lowest paid, earning less than £15,000 a year.

How is PAYE changing?

HMRC now receive employee information much earlier then it did before because employers are using the Real Time Information (RTI).

According to HMRC, the changes mean that:

Do employees have to do anything?

In the short term, employees do not need to do anything. When HMRC becomes aware of a change in an individual’s circumstances, they will write to the employee regarding the change and issue a new tax code.

The letter from HMRC will encourage employees to use their Personal Tax Account – which is where Making Tax Digital comes in. An individual’s Personal Tax Account is linked to HMRC’s internal systems and will already hold all the income and tax details that HMRC already has. The employee will be able to see information relating to their employment income, PAYE and NIC, and any state retirement pension.

From April 2018, the plan is that interest paid by banks and building societies will also be visible in digital tax accounts. Before this can happen, banks and building societies will have to provide information to HMRC sooner, and more often, than they do now. Taxpayers will also be able to submit other additional sources of income through their digital tax accounts in 2018.

Do employers have to do anything?

The way tax codes are received is not set to change but employers will see an increase in the number of tax codes that are issued. Revised tax codes must be applied before the next payroll is run. You can find out more about the changes to PAYE in HMRC’s Employer Information and Support pack. This online guide also includes an employee section which explains the benefits of using a Personal Tax Account and how to access it.

To discuss PAYE and how we can help with your Payroll, contact one of our offices or enquire online.