Breaking the rules for the National Minimum Wage can be costly. Potential large fines and negative publicity could damage your reputation as an employer. Now is a good time to check if your business is compliant. 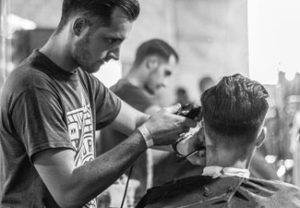 The retail, hairdressing and hospitality sectors were among the most non-compliant.

The price of not paying the National Minimum Wage

The National Minimum Wage (NMW) has repeatedly hit the headlines. Most recently, the Department for Business, Energy and Industrial Strategy (BEIS) named and shamed 230 employers who had not been paying their employees NMW and National Living Wage (NLW). Retail, hairdressing and hospitality all featured among the most non-compliant sectors.

Thanks to intervention from BEIS, more than 13,000 low-paid employees will be receiving a total of £2 million in back pay. The combined cost for employers who were found to have broken the rules, however, was much higher. Between them, they received record fines of £1.9 million. Business Minister Margot James said there was a clear message to employers: “The government will come down hard on those who break the law.”

BEIS reports that employers repeatedly make  common mistakes with NMW. These include deducting money from employees to pay for their uniforms, not taking overtime into account and wrongly paying apprentice rates to workers.

So, what do employers need to know about NMW to keep on the right side of the law?

NMW and NLW – the basics

By definition, NMW is the minimum pay per hour that most workers are entitled to by law. The actual rate paid is based on age and whether the individual is a worker or an apprentice.

NLW applies to working people aged 25 and over. From 1 April 2017, the rate is £7.50 per hour for those aged 25 and over. Apprentices under 19, or those aged 19 or over who are in the first year of an apprenticeship should be paid £3.50 per hour. There are changes to NLW rates expected from April 2018, and employers may need to plan for these now.

The Low Pay Commission is the body that reviews NMW/NLW rates but HMRC are responsible for policing the system. Employers who do not pay NMW/NLW can be faced with court action. Currently, the penalties for non-compliance are 200% of the back pay due to workers. The maximum penalty per worker is £20,000. The penalty may be reduced by 50% if the unpaid wages and fine are both paid within 14 days.

Most workers are entitled to NMW/NLW, including pieceworkers, home workers, agency workers, commission workers, part-time and casual workers. There are also rules regarding agricultural and horticultural workers which differ slightly for England, Scotland and Wales.

Groups that are not entitled to NMW include self-employed individuals, volunteers, company directors, family members, and people who live with an employer and carry out household tasks e.g.
au pairs.

The starting point for calculating pay for minimum wage purposes is total pay in a pay reference period – before deducting income tax and National Insurance. Some payments are not included, such as loans and pension payments.

To complicate things further, there is also a proposed hourly rate called the Living Wage. This figure, is set independently by the Living Wage Foundation and not connected to the government. Any employer who pays this does so entirely voluntarily.

HMRC have updated their guidance on NMW for workers carrying out ‘sleepover shifts’ in the social care sector. This follows confusion over whether such shifts qualified for NMW. BEIS had previously suggested sleepover shifts carried out before 26 July 2017 qualified for a flat rate allowance. However, the guidance now states that NMW does apply, and applies retrospectively.

The changes could have resulted in employers having to pay up to six years in back pay and penalties. However, enforcement activity for sleepover shift pay was suspended until November 2017 and retrospective penalties for sleepover shifts before 26 July 2017 have been waived. The actual back pay is still due though, unless employers can show they can’t pay.

The government is expected to pursue all underpayments after this date but has committed to minimising the impact of future NMW enforcement in the sector.

You can find more information on the National Minimum Wage here.

To discuss the National Minimum Wage in relation to your employees and payroll, please get in touch. Contact one of our offices or enquire online.