Home News Property problems: Should you be classed as a landlord? 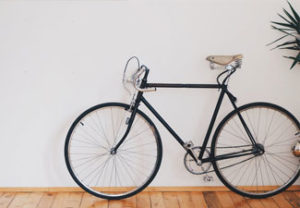 You might think of yourself as a landlord, but would HMRC?

Every now and then, HMRC run campaigns targeted at specific business sectors to encourage people to check their tax affairs and bring them up to date. Their latest initiative is aimed at individual landlords who let out residential property abroad or in the UK. As part of this let property campaign, HMRC have published guidance which highlights the ways in which landlords sometimes make mistakes.

One of the most common mistakes is that people often just don’t think of themselves as landlords. This situation can arise, for example, when someone inherits a property and then lets it out. You would also be classed as a landlord if you moved in with a partner and then rented out their old house, or if you rented out a flat just to cover the mortgage payments. In all these cases, as a taxpayer, HMRC should be made aware of a change of circumstances. And you should be mindful that any income received from rent could be liable to tax.

HMRC also reports several other problem areas. For example, property bought as an investment and rented out, or where the matrimonial home is let following a divorce and both partners move elsewhere.

You would be considered a landlord if your were to relocate for your job and rent out your house. HMRC also need to know if you move into a care home and let out a house to help with care home fees.

Unexpected problems can also occur with investment property which is jointly owned or when buying a property for a child at university, if other students also live there and pay rent informally. Members of the Armed Forces who let out a home in the UK whilst posted abroad, and people living in tied accommodation who let out a house, should also keep HMRC informed.

On the positive side,  individuals (not partnerships) who let out property on a small scale can benefit from a new allowance – the property allowance – as of 6 April 2017. This follows a number of changes that have made buying property to let less attractive. It is worth noting, however, that the allowance only gives relief for up to £1,000 of rental income in the tax year.

If you would like to discuss the tax implications of letting out a property, please get in touch. Contact one of our offices or enquire online.