This week (5-9 March) is National Apprenticeships Week 2018. During the week, employers and apprentices will come together to celebrate the success of apprenticeships and encourage even more people to choose this pathway to a great career. Here at RfM, we are celebrating the achievements of our current apprentices and more experienced staff who trained via the apprenticeships route. 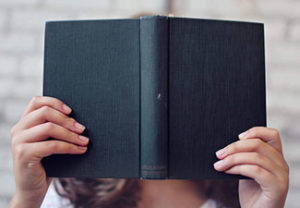 The traditional, academic route is not the only way to qualify as an accountant.

Apprenticeships are changing. Training whilst gaining work is now also a route to professional qualifications in fields such as accounting.

As a group, RfM is very supportive of apprenticeship schemes. We currently have apprentices in a number of our offices and many of our more senior members of staff also began their careers as apprentices.

Lee’s accounting adventure began in 1995 when, as a fresh-faced school leaver, he was employed as an Accounts Assistant at a firm of Chartered Accountants in Blackburn. Here he began studying for the AAT (Association of Accounting Technicians) qualification at college on ‘day release’. Two years later it was time to move on – albeit not very far – to a larger practice a few doors up where he completed the AAT and began to work towards the ACCA qualification. Read more about Lee’s accounting journey.

“I’m very much an advocate of the vocational work-based route as opposed to the traditional academic route,” said Lee. “It’s the route I took and I firmly believe that it allows skills to be developed in the real-world!”

Sarah has over 12 years experience in practice and is now Manager at RfM Fylde. But she didn’t always intend to train as an accountant.

“I started a course at college after leaving school and it wasn’t long before I realised it wasn’t for me. I was ready to leave school but I found the college environment was just too similar,” explains Sarah.

“I didn’t know what I wanted to do instead though. My dad – who is also an accountant – suggested I get some work experience at a practice to see what I thought of the accounting. I followed his suggestion and enjoyed the work, so when I was given the opportunity to take my AAT qualification through the apprenticeship scheme I took it.”

Sarah completed her AAT and went on to gain her ACA qualification straight after. She was a fully qualified Chartered Accountant by the age of 22.

“A lot of people don’t realise that you can become a qualified accountant without going to university, but you can. There are obvious benefits to doing it that way: you are paid whilst you train, you can qualify much earlier, and you gain real workplace experience of doing the job. I’d recommend apprenticeships to anyone who has an interest in the profession.”

Likewise, there are advantages for employers. Government funding for apprentices means that small companies can afford to recruit new staff who will be paid as they train. Not everyone wants to be a full-time student and businesses can attract highly motivated and talented young people through the scheme.

Emily joined RfM Ulverston on a 12-month apprenticeship in Business Administration in 2013. After completing her year’s training, she held a temporary position at the practice for three months before being offered a permanent role. Emily is now Senior Administrator and has recently begun her training to become an Accounts Assistant.

Josh Moragas is also currently training to become an accountant with RfM Preston.

We wish all our current apprentices – and future accountants – the very best of luck with their ongoing training.