The owners of Lancashire-based Black Box Security have been clients of RfM Chartered Accountants for more than three decades. When they decided the time was right to sell the business, RfM was there to guide them through the process and help secure a successful sale. 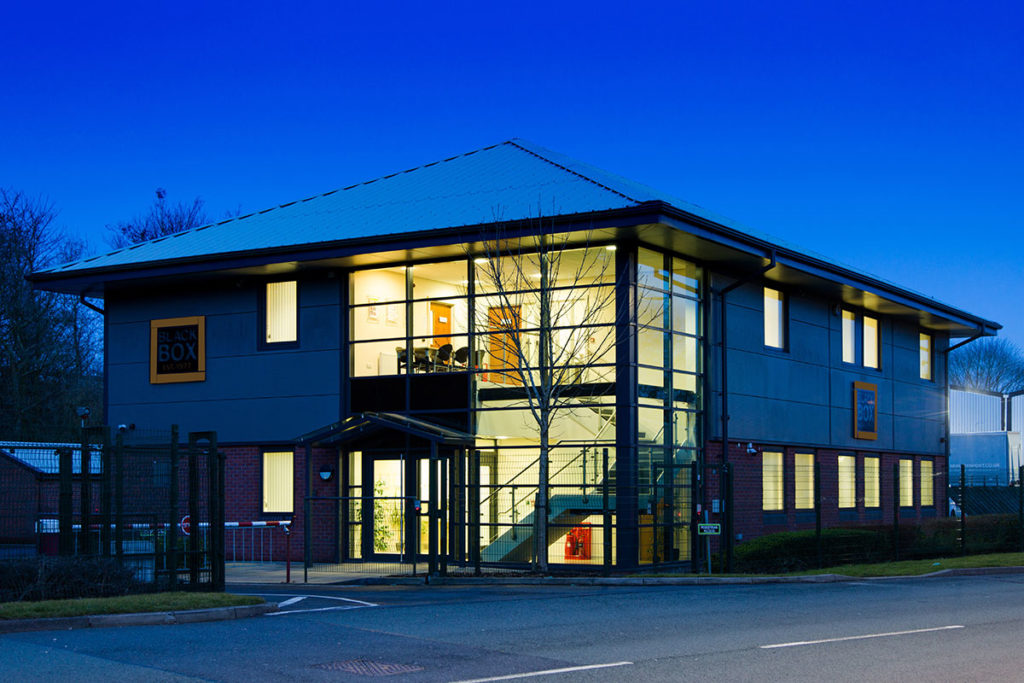 Directors Mark Rothwell and Douglas Robinson came together in partnership to form Black Box Security over 40 years ago. In 1990, as their venture grew and prospered, they appointed RfM Preston (then known as Demack’s) to assist them in becoming a limited company. They have been clients ever since.

Over the next 27 years, Mark and Douglas worked tirelessly to establish the reputation of Black Box Security as a leading expert installer of intruder and fire alarms, CCTV and access systems.

From modest beginnings in Leyland, the business now operates from bases in the North West and North East, serving domestic and commercial clients including the NHS, KFC, Booths, Eric Wright Group and Spar.

Whilst they could not have predicted the exact path their company would take over its 40-year history, in recent years the partners were working towards a goal of selling the business – when the timing was right.

In the spring of 2017, it was decided that the directors and the company were ready.

Get in shape for selling

With advice and support from their advisors at RfM, Mark and Douglas had been taking steps to get the business ready for sale. They had introduced a management incentive programme for their team of experienced employees along with other measures that would help to ensure the business would continue to thrive without them. Each initiative formed part of a wider strategy designed to achieve two key objectives: to make the business an attractive proposition for potential buyers and to achieve a realistic selling price. If they could sell the business to the right buyer for the right price, the partners’ many years of hard work would have been worth it.

RfM initially approached a group of corporate financiers who specialise in finding buyers and managing the sale process. However, when the fees for their services were balanced against the anticipated value of the business, this route would prove infeasible.

“Corporate finance companies specialise in business sales and acquisitions so it’s in their interest to deal with larger companies where the rewards can be much greater,” explains RfM Consultant Paul Newsham.

“Black Box Security is a solid, profitable business and would be a very good investment for the right buyer. In light of the proposed fees from the specialist brokers, we decided to take an independent approach to finding and attracting interested parties.”

After discussions with Mark and Douglas, it was decided that they should draw on their experience and knowledge of their market – most importantly, the other players in their field – to put together a potential buyer list. RfM approached their list of ten companies discreetly and confidentially to test the market. As a result, one competitor business expressed some initial interest in buying Black Box Security but did not go on to make an offer.

Paul also approached one of his business finance contacts, London-based corporate financier Lorenzo Russo. Lorenzo’s company, Tradewinds Capital, also specialises in buying and selling businesses but, once again, Black Box Security did not fit the criteria for them to be involved.

However, the story would not end there…

Lorenzo expressed an interest in acquiring Black Box Security via his own investment vehicle in partnership with his business associate Andrew Wood, but he was concerned about the impact on the business of the founders leaving. As a result, it was decided that a transaction made sense only if there was a person in the business capable of running the company on a day-to-day basis, who believed in the incredible growth opportunity ahead and who was willing to invest their own personal money in the project. That person was Operations Director, David Barnes.

“Many of the employees have been with the company for over 25 years, and I have been Mark’s right-hand person for the past decade,” explains David. “It is our combined knowledge and expertise in the security sector that lies behind the good reputation and the success of the company.”

Lorenzo and Andrew wanted to ensure that after the change of ownership it would be ‘business as usual’ at Black Box.

Paul facilitated a meeting between Lorenzo and the owners so that they could discuss his proposition in more detail.

A short time later, with support from Paul, the Heads of Terms (the outline structure of the deal) was agreed, and in September 2017 the sale of Black Box Security was completed to everyone’s satisfaction.

“A few things have changed since Lorenzo, Andrew and I became the new owners of the company – but everything has been for the better,” says David.

“They oversee the strategic direction of the business and any potential opportunity of growth outside our day-to-day operations (including any additional acquisitions) so that we can further grow the Black Box brand. We speak regularly and it’s reassuring to know that I can call on their vast knowledge of business and finance at any time. Along with Lorenzo and Andrew, I am now one of the three directors of the company and share their commitment to make the company even more of a success in the future.”

Supporting you to sell your business

“There are a number of benefits to using RfM to help you find a buyer and manage the complete sale process,” says Paul.

“Depending on the type of business, we may be able to introduce you to a ready-made buyer. Our fees are subject to the size and nature of the transaction but will certainly be significantly lower than those charged by a corporate finance company. We will also carry out any of the associated tax work on your behalf as part of the transaction.”

Following their successful acquisition of Black Box Security, Lorenzo and Andrew are also interested in acquiring other, similar service-based companies with turnover in the range of £1 – £5 million. RfM can provide an introduction and also manage the complete process on your behalf.